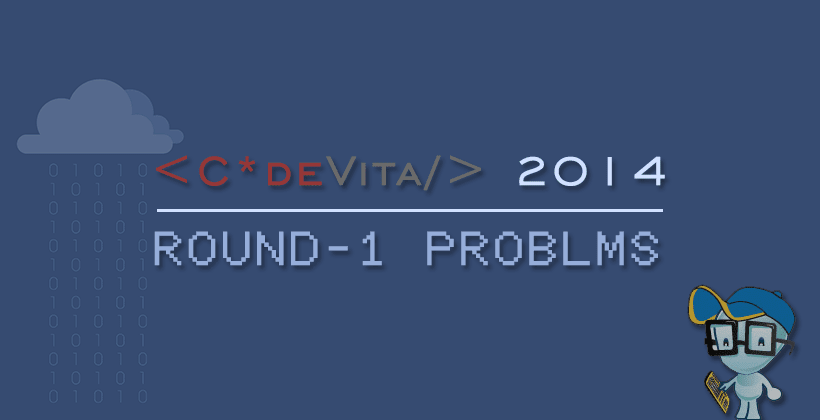 Round 1 and Round 2 is completed and top 5% coders from Round 2 will participate in Round 3.

In the Byteland country a string "S" is said to super ascii string if and only if count of each character in the string is equal to its ascii value.

Your task is to find out whether the given string is a super ascii string or not.

Output Format:
For each test case print "Yes" if the String "S" is super ascii, else print "No"

Rules of the game:-
- At any given time, a player can fight with only one zombie
- Player is allowed to choose any one zombie to fight with.

Your task is to determine whether the player will advance to the next level or not, if he plays optimally.

Each test case consists of three parts:
1. The total number of zombies (N) and the maximum time allowed (T)
2. Array of size N, which represents the energy of zombies (E)
3. The initial energy level a player (P) and the minimum energy required to advance (D)

Output Format:
Print "Yes" if a player can advance to the next level else print "No".

Alice and Bob are playing a game called "Stone Game". Stone game is a two-player game. Let N be the total number of stones. In each turn, a player can remove either one stone or four stones. The player who picks the last stone, wins. They follow the "Ladies First" norm. Hence Alice is always the one to make the first move. Your task is to find out whether Alice can win, if both play the game optimally.

Input Format:
First line starts with T, which is the number of test cases. Each test case will contain N number of stones.

Output Format:
Print "Yes" in the case Alice wins, else print "No".

Given a square maze (A) of dimension N, every entry (Aij) in the maze is either an open cell 'O' or a wall 'X'. A rat can travel to its adjacent locations (left, right, top and bottom), but to reach a cell, it must be open. Given the locations of R rats, can you find out whether all the rats can reach others or not?

Note:
(Xi,Yi) will represents the location of the i-th rat.
Locations are 1-index based.

Output Format:
Print "Yes" if the rats can reach each other, else print "No"

In a social network, online communities refer to the group of people with an interest towards the same topic. People connect with each other in a social network. A connection between Person I and Person J is represented as C I J. When two persons belonging to different communities connect, the net effect is merger of both communities which I and J belonged to.

We are only interested in finding out the communities with the member count being an even number. Your task is to find out those communities.

1. The total number of people on the social network (N)
2.Queries
C I J, connect I and J
Q 0 0, print the number of communities with even member-count
-1 will represent end of input.

Output Format:
For each query Q, output the number of communities with even member-count

Print the output of individual operations as depicted in Output Specification

Input Format:
Input will consist of three parts, viz.
1. Size of the matrix (N)
2. The matrix itself (A = N * N)
3. Various operations on the matrix, one operation on each line. (Beginning either with A, Q or U)

-1 will represent end of input.

Note:
Angle of rotation will always be multiples of 90 degrees only.
All Update operations happen only on the initial matrix. After update all the previous rotations have to be applied on the updated matrix

Output Format:
For each Query operation print the element present at K-L location of the matrix in its current state.

If any of the above conditions is not satisfied, then the program will generate compilation errors. Today Raj has written a few programs, but he is not sure about the correctness of the programs. Your task is to help him to find out whether his program will compile without any errors or not.

Input Format:
First line starts with T, number of test cases. Each test case will contain a single line L, where L is a program written by Raj.


Important Note:
Please do not use package and namespace in your code. For object oriented languages your code should be written in one class.
Participants submitting solutions in C language should not use functions from <conio.h> / <process.h> as these files do not exist in gcc